Taking the heritage from Astra to the next level

Cinclus Pharma was founded by pioneers in GERD treatment, both with extensive experience from Astra and AstraZeneca, where clinical phase I and phase II studies were performed on the product candidate linaprazan. Together with the team at Cinclus Pharma the founders are now taking the development of linaprazan glurate to the next level. 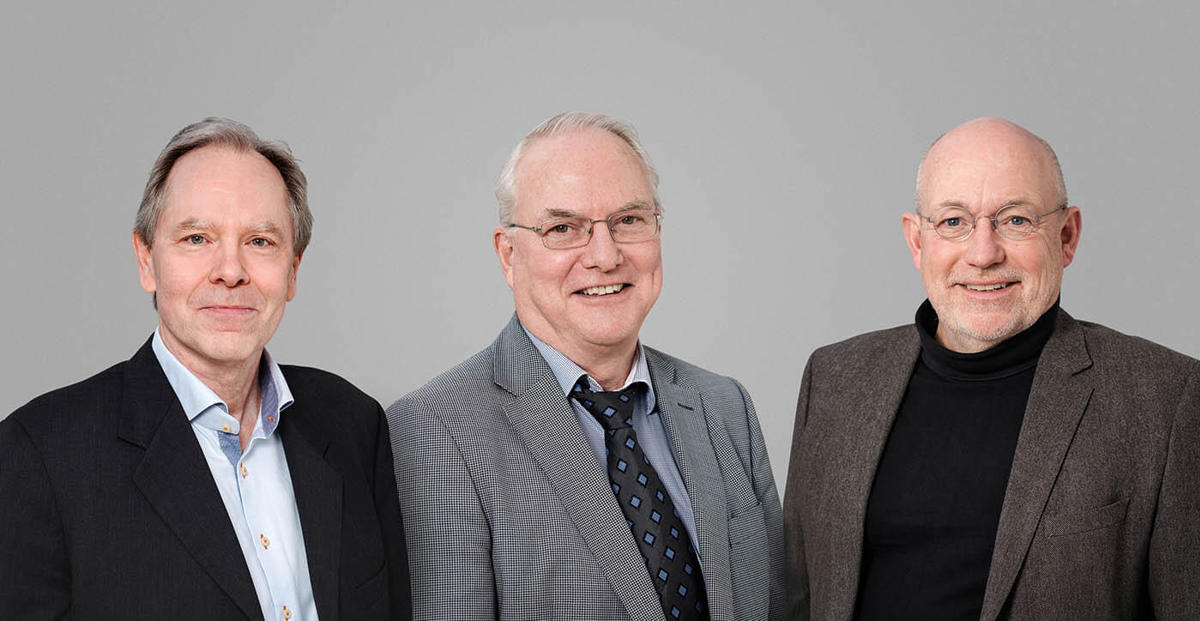 From startup to potential global game-changer

This is the story of how a chemist, a pharmacologist, a gastroenterologist, and three experts in finance and business development came together to address the unmet medical need for reflux disease treatment.

The Global biopharmaceutical company AstraZeneca has played an important role in the Swedish pharmaceutical industry as a major employer, one of the country's largest exporters, and an innovation-driven company with a skilled research team. AstraZeneca has developed two of the world's best-selling drugs for reflux disease, Losec and Nexium. Several key members of Cinclus Pharma's management team were involved in developing AstraZeneca's successful drugs.

Between 2001 and 2005, AstraZeneca conducted Phase I and Phase II clinical studies of the P-CAB drug candidate linaprazan in over 2,500 subjects. Although the results showed that the treatment was well-tolerated, fast, and effective, the global biopharmaceutical company chose to shut down the project, partly because the duration of the acid blockage of linaprazan was too short. The closure of the project was part of AstraZeneca's phasing out of gastrointestinal research. The decision shocked many in the pharmaceutical industry and those involved in the project team.

A few years later, Kjell Andersson, former lead preclinical project manager for the linaprazan project, had a memorable call from Mikael Dahlström, the chemist behind linaprazan. Mikael was about to retire and wanted to secure that the research performed within the field of acid secretion was not lost.

"Mikael asked if I could help him get the rights to the linaprazan prodrugs from AstraZeneca. We both agreed that the substance had a high potential for further development", Kjell Andersson, Ph.D. pharmacologist, says.

Together with his colleague Mikael Dahlström, Kjell Andersson received the pharmaceutical rights. Slowly but surely, the idea of starting a company began to take shape. Initially, Mikael and Kjell contacted the eminent gastroenterologist Peter Unge.

"When they asked me if I wanted to be involved in further development of this molecule, I was thrilled. It is undoubtedly a memory I will carry with me for the rest of my life", Peter says.

Kjell and Peter had known each other for many years. As colleagues in the pharmaceutical industry, their paths have crossed on numerous occasions. The first time they met was on a yacht off San Diego. They were both in California to participate in the annual international pharmaceutical congress DDW, Digestive Disease Week. The year was 1995, and the eyes of the world were on San Diego and America's Cup finalists. At the time, Kjell was working at AstraZeneca as a researcher, while Peter was a practicing physician in the health care sector, also working as a consultant for AstraZeneca.

Kjell, Mikael, and Peter realized that they needed to enlist a finance expert to raise the resources and capital required to develop the research further. The project background and future visions were presented to Lennart Hansson, who has extensive experience in investment and business development within the pharmaceutical and biotechnology industries.

"The project caught my interest immediately, and I realized that it had great potential. If we succeed in developing a P-CAB-based drug from the compound linaprazan glurate, we could help patients with severe esophagitis (grades C and D). That would change the lives of millions of people worldwide", Lennart Hansson, Ph.D. in genetics, says.

Lennart Hansson joined the team, along with Urban Paulsson and Marek Poszepczynski. All three brought business development and legal expertise to the team. They started working instantly, exploring financial opportunities, and exchanging ideas. The team was now assembled and ready to take the next step.

In 2014, the company Cinclus Pharma was founded, and the preclinical studies of linaprazan glurate started the same year.

"The Phase I study was completed in 2018 with excellent results. We were very optimistic about the company's development", Kjell says.

In 2020, Cinclus Pharma raised SEK 250 million through an issue subscribed by the Fourth AP Fund, which thus became new owners of the company, and by the existing owners Bengt Julander, Jonas Sjögren, and Recipharm Venture Fund. The strengthened cash position enabled the company to finance the Phase II study and the development of the drug candidate.

"We worked very hard to raise the resources to finance the Phase II study. The strengthened finances opened a whole new set of opportunities for us. It is a great pleasure to develop linaprazan glurate towards an approved drug, but it also means extensive responsibility", Kjell continues.

There is still much work, and further clinical testing before the drug candidate linaprazan glurate can be considered for registration. Cinclus Pharma plans to launch an extensive clinical development program as part of this process.

Looking back, it is very likely that the whole innovation could have come to nothing if not for the founders' determination and firm belief in further pursuing the research work. Through Cinclus Pharma, linaprazan glurate will have a chance to reach the market. With great confidence, Kjell Andersson reflects on his time at AstraZeneca and the eventful journey to the present day.

"I have my fantastic colleagues to thank for all the successes and good results we have achieved over the years. We have come a long way, and the potential we see today is enormous", Kjell says.

Peter Unge, formerly a doctor in Swedish healthcare, has worked closely with patients diagnosed with GERD. For him, there is no doubt whatsoever that linaprazan glurate will make a big difference for many people around the world.

"Patients who are referred to emergency care under suspicion of heart attack are sometimes found to be suffering from GERD (reflux disease). Symptoms often occur at night and include difficulty sleeping and other problematic symptoms that negatively affect the quality of life. The medical need for drugs to treat reflux disease is great. More effective treatment is needed for GERD patients, and we are confident that linaprazan glurate will result in a higher cure rate", Peter concludes.

Improving the quality of life for people affected by GERD

Today, PPI-based traditional GERD drugs do not offer efficient treatment for all…

Experience the positive and fast-growing culture at Cinclus Pharma, where a high…