Our drug candidate represents a new and novel mode of action with superior efficacy potential and pharmacokinetic profile. Linaprazan glurate is a Potassium-Competitive Acid Blocker (P-CAB) and a prodrug of linaprazan, a substance initially developed and tested by AstraZeneca. The gastric acid control ability of linaprazan glurate has in studies shown to be superior to current medication.

Linaprazan glurate is a P-CAB and a prodrug of linaprazan, a substance initially developed and tested by AstraZeneca. Linaprazan glurate represents a game changing generation of Gastric Acid Blockers and therapy, building on world leading industrial tradition.

Linaprazan glurate is addressing a large unmet medical need, estimated to over 18 million patients in Europe and North America. The main target groups are patients with severe eGERD not adequately treated with available therapy. Linaprazan is the active metabolite in linaprazan glurate. 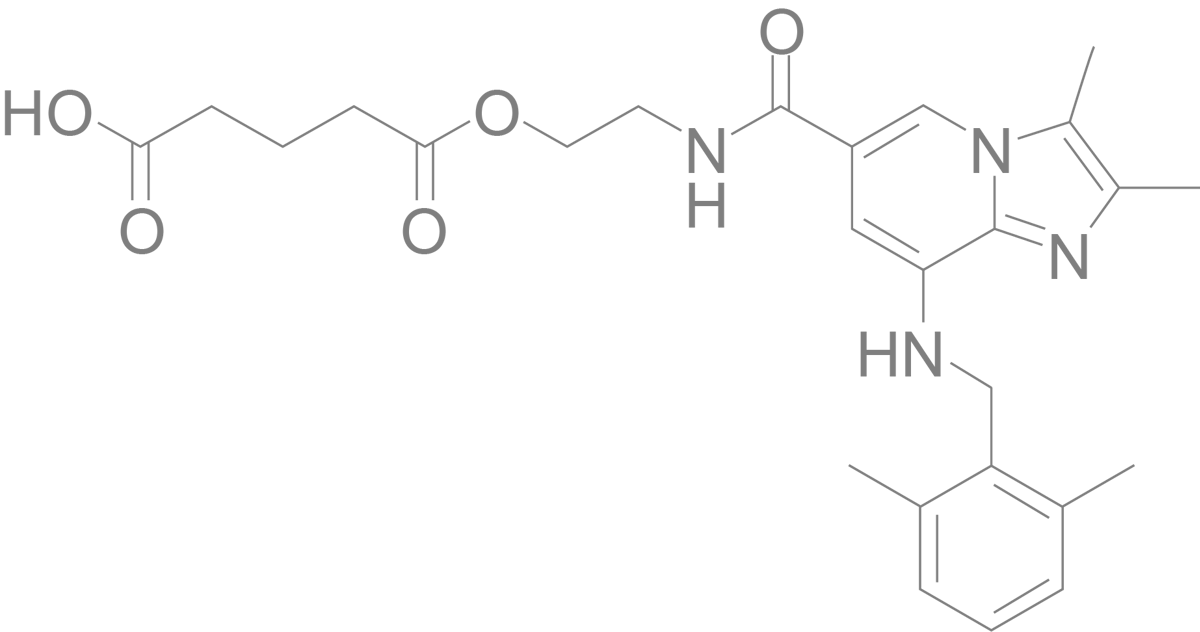 Read more about the company history

The prodrug of linaprazan, linaprazan glurate has a longer half-life in the body compared to linaprazan. It shows total control of the gastric acid production and is tailored for patients with severe eGERD.

Phase I clinical trials are completed. Phase II are ongoing within a de-risked clinical development program based on:

The indication aspiration for linaprazan glurate is the treatment of erosive Gastroesophageal reflux disease (eGERD)​ all grades A-D including healing, maintenance of healing to prevent relapse, and relief of symptoms. The main target groups of linaprazan glurate are patients with severe eGERD (esophagitis or erosive GERD) and patients who are not adequately treated with available therapy.

Read more about the different stages of GERD

Linaprazan was quickly eliminated from the body and had too short duration of acid inhibition. To achieve long acid control linaprazan had to be overdosed. As a result, it was not possible to show superiority.

Solution:
This was accomplished with linaprazan glurate and shown in animal studies and in two phase I studies

The resulting Cmax levels were on average 20 times higher than the level required for full inhibition of acid secretion, resulting in increases in liver transaminases in a few patients.

Solution: Administration of linaprazan glurate results in substantially lower Cmax values compared to linaprazan, which minimize the load to the liver.

P-CABs inhibit the proton pump but at a different site and through a different mechanism of action than proton pump inhibitors (PPIs). P-CABs interact with the potassium channel adjacent to the proton pump. They bind ionically, unlike PPIs, which bind covalently. This means that the binding action of P-CABs is potentially reversible. These agents have a faster onset of action than PPIs, and they have a more flexible action in inhibiting acid secretion.

P-CABs like linaprazan glurate works differently from the traditional PPI-based drugs like Losec and Nexium. Learn more on how they manage to block the acid to maintain a normal pH here.

Billions of people around the world suffer from Gastroesophageal reflux disease,…