The ongoing clinical development and testing of linaprazan glurate are showing promising results in acid control and in lowering the C-max value*, minimizing the load to the liver. Follow the progress and further development.

The Phase II study was initiated in Q3 2021 within a de-risked clinical development program based on results from Phase I studies and precedent trials on its active metabolite, linaprazan. Based on literature data and the results from the completed Phase I studies, excellent biomarkers lower the development risk moving forward. These biomarkers were applied in the design of the Phase II study, with the primary endpoint to optimize the precision of the dose selection for the upcoming Phase III studies. The LEED Phase II study was completed in Q4 2022, and "for patients with moderate to severe eGERD, LA grade C/D, the highest four-week healing rate in a linaprazan glurate dosing group was 89%, compared to 38% in the lansoprazole group." Phase III studies are planned for H2 2023.

Clinical trials on linaprazan glurate – Phase I to Phase III

Phase I was initiated in February 2017 and recruitment in the "first-in-human study" was finalized in Q4 2017. Three Phase I clinical trials are completed. Additional Phase I studies are ongoing and planned. All studies so far showed that linaprazan glurate is safe and well tolerated.

Phase II was initiated in H2 2021 within a de-risked clinical development program based on preceding trials with the active metabolite linaprazan and completed in Q4 2022 with successful results. The primary objective was to support the selection of the optimal dose for the Phase III studies based on dose-dependent healing rates of erosive esophagitis.

The program is based on:

Dose-related pH control and an excellent biomarker are significant results from the completed Phase I studies. 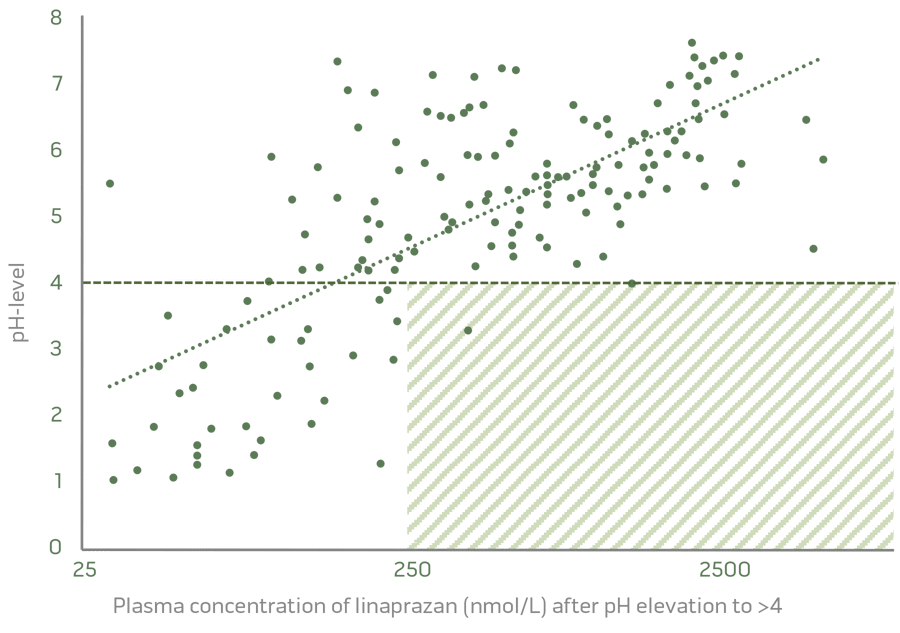 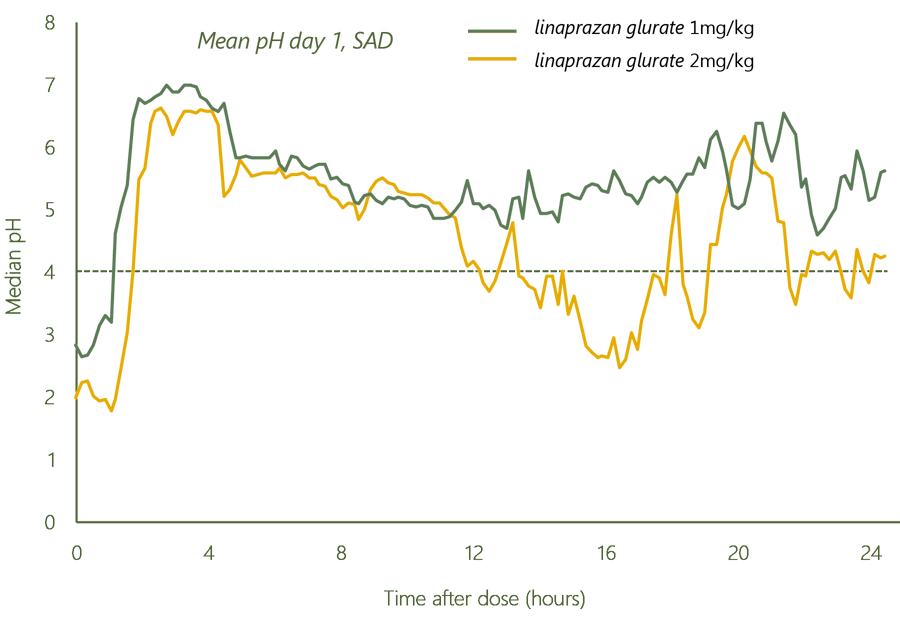 The primary objective of the study was to support the dose selection of linaprazan glurate for Phase III studies based on four weeks of healing of esophagitis.

The double-blind part is four weeks followed by another four weeks of open-label PPI.

*C-max is a numerical value that describes the maximum concentration of the drug in the blood.

Millions of people around the world suffer from Gastroesophageal reflux disease,…